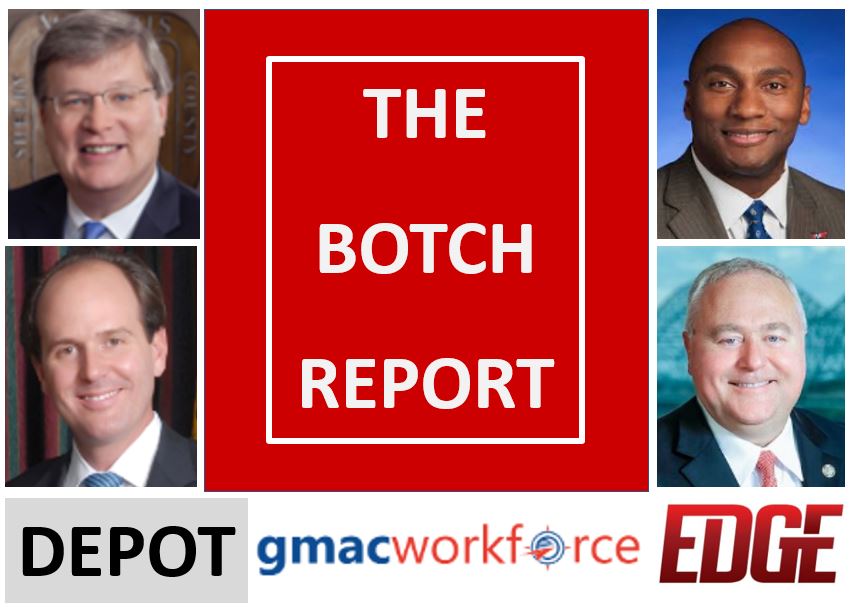 Over 8 years, EDGE oversight is the botch of all botches as the Memphis community has been undermined with excessive corporate/real estate incentives. This blog chooses to write about the indefensible. And the bogus projection accounting carried out over 8 years by the EDGE Board resulting in projected tax revenue overstatements that approach $1B, without effective legislative oversight, is indefensible on the political right or left. Everyone loses in this scenario even corporate/real estate interests in the long run.

Shelby County Government and Memphis City Government should demand a publicly available legal opinion on their authority to end EDGE abatements  and authority. This action would clarify and serve notice to the public and legislative bodies of their authority over EDGE. And concerns do not just pertain to excessive abatements but also fund misuse.

In a recent email exchange regarding an apparent misuse of $1.7M in EDGE/Depot funds for workforce (GMACW), municipal Chamber grants and a railroad connection, Reid Dulberger defended the fund use while referencing state law and not the Depot’s  local charge. The Depot Redevelopment Corporation and Board was originally set up per the EDGE website in 1997, to acquire and redevelop the former Memphis Defense Depot with approximately 4.25 million square feet of space. Later EDGE took over the management of the Depot under the original local charge.

This is not a state issue but a local issue. The expenditure, under any conditions, is not consistent with the Depot’s local charge. Which is where local oversight comes in and probably why the Depot Board themselves never voted on allocating the $1.7M in funds. Local government should demand EDGE to pay back $1.7M in funds to the taxpayer on the basis that the expenditure was outside their local charge.

Again, this is not a state but a local government oversight issue. EDGE can’t be allowed to just slush out $1.7M  in funds outside of their local charge.

As far as the bogus EDGE accounting resulting in some $200M+ in excessive corporate/real estate abatements, local government should immediately engage in PILOT reform to curtail excessive abatements that undermine the societal foundation on which commerce thrives. Local corporations are experiencing the impact. While challenged with filling open jobs, some corporate citizens such as Smith & Nephew and Surface Dynamics are walking away from incentives while choosing to invest in the Memphis community with already low business operating costs. But surprisingly, no one is talking about such exemplar corporate citizenry.

The excessive incentive and bogus EDGE accounting issue is not new. It has been written about extensively as local elected officials sit on their hands while the community suffers. Recently, at a County Commission meeting, a $100k expenditure for Kudzukian was questioned.  Professional production of podcast could probably be done cheaper but at least the community is getting something of value for their money. Meanwhile, the City Council and Commission actually pay EDGE fee revenue to conduct taxpayer losing transactions for real estate deals under the heading of “economic development”. See Cherry Tree analysis contained in this blog.

Below are some resources that document bogus accounting and local job incentive excesses and this does not even include scrutiny of some 8 or 9 other abating boards for which evaluation has not been scheduled per Shelby County Commission resolution.

EDGE PILOT Excesses – $500M+ in abatements vs $335M combined for Nashville and Indianapolis that both have far greater total wage growth while blog provides a solution to right size PILOTs. Right sizing PILOTs would occur with a 50% abatement for new Capx provided that current jobs levels are maintained while adopting EDGE’s current investment and term minimums with an additional 1% abatement for total wages on new jobs only. In practice, existing local companies would likely be required to take less than a 50% abatement while providing, at times, over 50% abatements for external corporate recruitment to soften the impact of relocation costs.

Daily Memphian – 4/15/19 – Beacon Center of Tennessee weighs in on bogus EDGE retention PILOT accounting. Mistakes were found in their credible analysis and were later corrected and written about in the “MCCLM and Beacon Methods” blog below.

Commercial Appeal Editorial – 6/18/18 – Article explains the omissions from EDGE retention PILOT accounting to confirm bogus accounting. This is much like omitting expenses from an income statement or liabilities from a balance sheet. The bogus projection accounting cannot be defended.

Real Measurement – 6/18/19 – Conclusively proves excessive incentives are not working to increase total wage growth to improve the social well being of people while showing employment growth is the chief challenge to increasing total wage growth which raises workforce development concerns.

The excesses are clear and demand governmental oversight and reform.

As workforce development #1 priority is shouted from the mountaintop, the EDGE/GMACW Board is a full blown nightmare. They have only publicly met 3 times in almost 2.5 years and have not met in over a year. This occurs as workforce development efforts remain disconnected over a 4 year period. Cary Vaughn has sat on 2 GMACW Boards and has yet to publicly raise concerns or go on the record regarding the lack of execution. And Jack Moore, the Board Chairman, has religiously not held public meetings.

GMACW was supposed to connect local workforce development efforts using a data driven approach. Instead, the GMACW Board shut out local small business from bringing solutions forward to correct the problem, a local cultural norm in a closed rigged system, while not holding public meetings on the back of a failed Canadian contract award.

All the while, Moore, Vaughn and Jack Dyer can be found motioning for approval of taxpayer losing incentives as they don’t hold public GMACW meetings. At the most recent EDGE meeting, its was Dyer that moved for the approval of the taxpayer losing Cherry Tree real estate deal and Moore coming in with a hearty seconding motion.

In this way, real estate development is the #1 priority and not economic or workforce development. And that is further evidenced by the touting of $19B in potential development as opposed to being concerned with measuring total wage growth and improving the social well being of people.

The lack of vitality that occurs in a rigged system is locally evident. The Memphis decline, over time, has occurred without an external event which points to leadership. A primary indicator is the lack of administrative and legislative oversight over abating boards. Lacking governmental oversight is further enabled by a lack of investigative reporting and institutional vitality recently found with the University of Memphis.