The below graph, derived from this spreadsheet quantitatively validates the work contained the graph. The data was sourced from the Bureau of Labor and Statistics Quarterly Census of Employment Wages (QCEW) program. The graph shows total annual wages paid per year in Shelby County versus Shelby County’s peers as identified by The Memphis Economy of the University of Memphis. 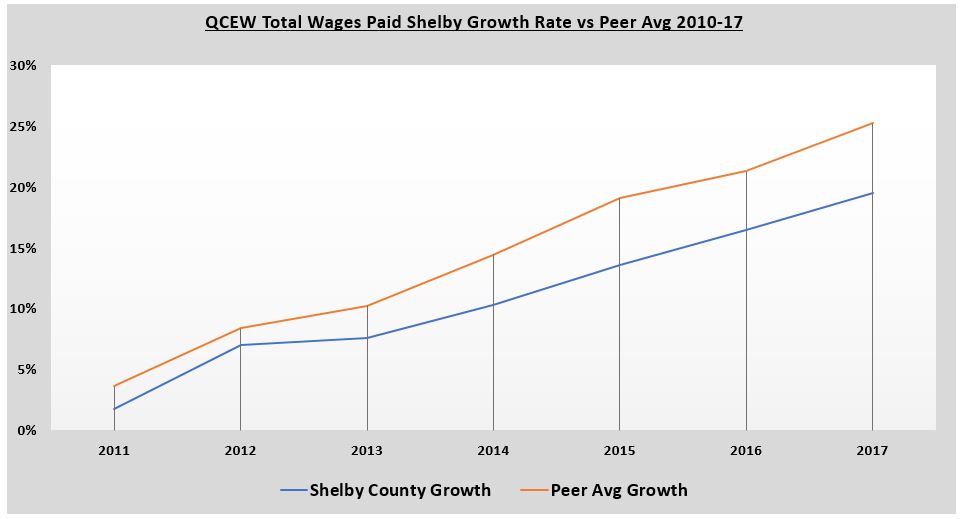 The below graph shows declining Memphis small business vitality when compared to 106 metros during an improving economic cycle. The source of this data is the American Cities Business Journal (ACBJ) parent to the Memphis Business Journal (MBJ). A small business vitality index was not published in 2015 so the 101 ranking of 2014 was assumed.  This trend line graph is concerning because typically local economic growth comes mostly from small business. Local small business is less likely to demand tax incentives while further diversifying the local economy. In this Good Jobs First – Small Business study, small business believes excessive incentive programs strain the tax base and compromise community wide services that support small business growth. The following ACBJ links provide the data sources for the below graph with the 2016 rankings contained in the 2017 rankings link: 2012 Rankings  2013 Rankings 2014 Rankings 2017 Rankings. 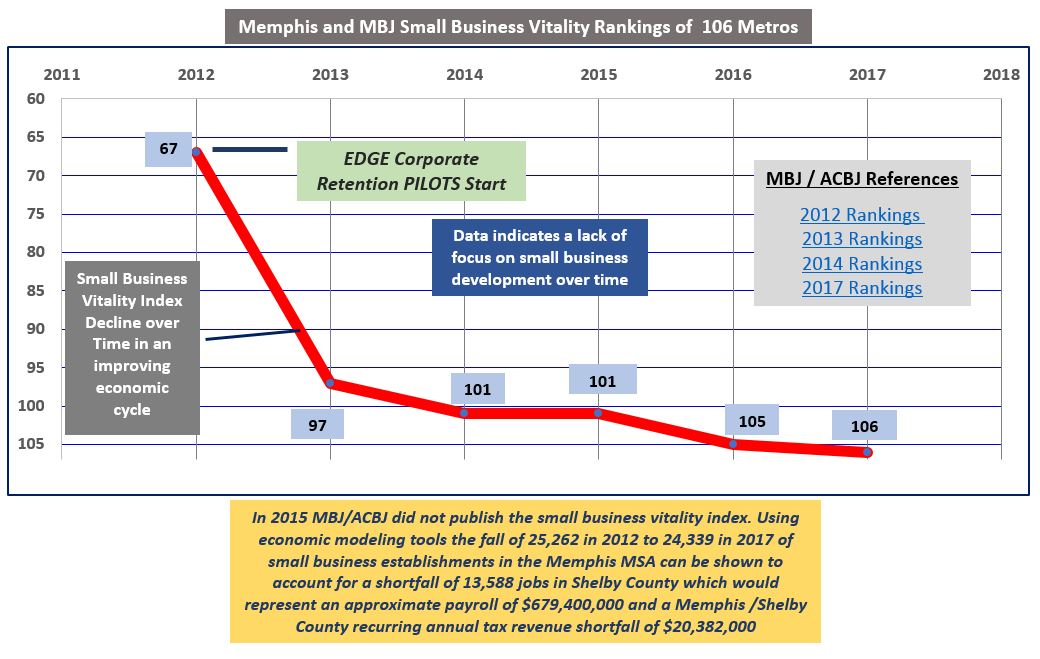 The following is a video that models EDGE accounting for problematic retention PILOTs versus more healthy and needed new job expansion PILOTs for economic development. A new more professionally balanced EDGE Board is needed based on the fact that the EDGE Board used bogus accounting to justify excessive tax abatements for existing companies resulting in a $250M+ tax loss and an $850M overstatement of projected revenue. Excessive tax abatements undermine economic growth and only benefit the small few as elitist feed off a community in need.

In effect, after fully accounting for retention PILOTs through modeling using responsible assumptions, one can just revert back to common sense to know that abating taxes against the existing tax base is a direct tax loss. To see complete calculations with responsible assumptions disclosed, go to this MCCLM page. See video below: