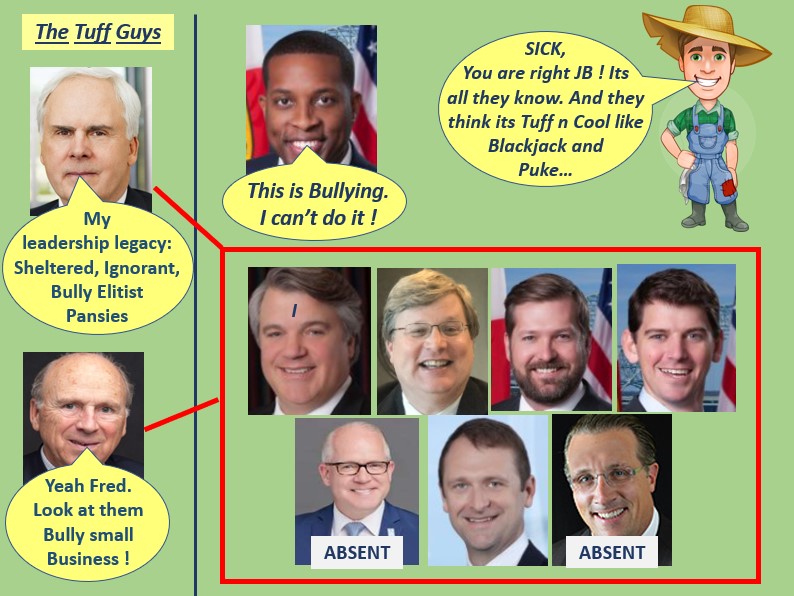 The community leadership legacy of civic idiots Blackjack Smith and Puke Hyde is bullying. FedEx/Memphis Tomorrow has authored a pageantry filled, public private bully complex, that rips off the taxpayer, censors public voice, kicks people out of the Chamber of Commerce without cause, botches taxpayer funded initiatives, lies on the public record, bullies people out of public buildings and stifles small business.

All of this occurs as the FedEx public relations foghorn blows non-stop, reinforcing the entirely false perception that Memphis would be nothing without FedEx. After 20 years of this bully nonsense, while ushering in years of community decline, its the only currency local so called “leaders” understand. The fact is the Fedex/Memphis Tomorrow complex is a rerun of the elitist Crump Machine and bully complex of days gone by.

Sheltered in ignorance of anything else, bullying is all that many people know. Following the lead of Blackjack and Puke and rooted in spooner entitlement, bully elitist pansies have, for years now, unfortunately proliferated throughout the Memphis public-private complex, while thinking its “tuff n cool” to bully a community in need. But there is hope. 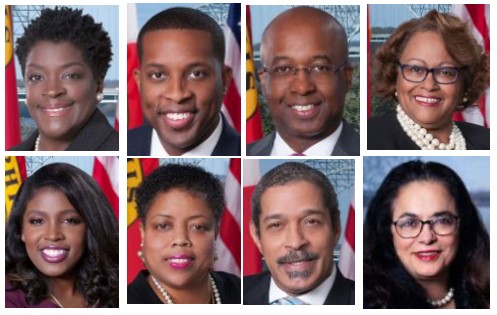 At the last City Council meeting, the bullying of small business was caught on record. Supposed small business policy advocates in Ted Townsend of the Greater Memphis Chamber and David Waddell of the Epicenter, were nowhere to be found, as the City Council, through ordinance, attempted to bully a new, full taxpaying local pet store out of business.

During the meeting, Councilman JB Smiley, saved the day and stood up to bullying. The measure to disallow the retail sale of pets failed when, Smiley who was originally for the measure, discovered that the Strickland Administration had been bullying Petland owner Mike Davis, through local authorities. The small business bullying described by Davis was similar to what was caught on tape, in 2019 , with AC Wharton and an Airbnb owner.

In City Council testimony (1:38:15) , Davis describes how he returned to his hometown of  Memphis 20 months ago, followed all the laws, and invested nearly $1M to open a pet store to be, only now, harassed by City agencies in the Police, Animal Shelter and Code Enforcement, as he is getting ready to open his new store. Davis was paid 3 visits by agencies, in a two hour time frame on the Friday, prior to the City Council meeting and according to Davis, bogusly cited.

Besides the strangely coincidental convergence of City agencies on a local small business, what makes this appear to be more about bullying, is that this move to regulate business with regard to animal rights is something that would typically originate from the political left. But surprisingly, the measure is originating from the right, where none of those that identify as Republicans and supporting the measure, have anything on their bios significantly related to animal rights. Is it one of the local “boll weevils” behind this ordinance? No one really knows.

Further, during consideration, as if he is the only one, Davis was furthered bullied and accused of unfair lending practices, while citing regulated lending options, that perhaps are far less than optimal, but common in the retail industry. All of this occurs as Memphis needs more small businesses and businesses that pay their full taxes, which Davis is prepared to do.

From the political right and coming out of COVID, increasing local business regulation, on a matter that few overall locally seem to care about, at a time when Memphis needs more small businesses, just doesn’t add up. This points to bullying out of the elitist complex, that potentially in the end serves one of the “boll weevils”.

Regardless of how one feels about the measure of locally banning retail pet sales, which is already State and Federally regulated, the measure was soundly and appropriately defeated because of a local pattern of elitist and tactical bullying. Smiley, again once for the measure, was so repulsed by what he saw, moved for “same night minutes” which procedurally prevents the measure, from being reconsidered.

What was on display, is the type of elitist and culturally embedded bullying that was mocked nationally by Vanity Fair and responsible for grossly excessive corporate/real estate incentives for the small few, oppressed small business sector, botched taxpayer funded initiatives and locally challenged educational outcomes. In the end, persistent bullying serves no one.

On Monday, the Shelby County Commission should reject any additional funding for the Downtown Memphis Commission (DMC). This rejection request comes after the Commission refused, on December 21, to perform due diligence and approving a $62M DMC appropriation, using an unknown about “PILOT Extension Fund”, for unneeded downtown public parking.

DMC financials reveal that the County Commission is appropriating $62M of taxpayer money, for a DMC entity, called the Downtown Mobility Authority (DMA), that lost $1M, prior to COVID in 2019. This $1M loss signals a lack of adequate parking demand to support a $62M public investment.

But even with an already excessive taxpayer funded approval in hand, $62M is not enough. Now, the DMC is asking for another $12M to clean up the 100 N. Main blight, left over by the DMC over 20 years. The former request occurred on Wednesday, as County Commission Chairman Eddie Jones obstructs public meeting participation and Commissioner Mickell Lowery, Commission committee economic development chairman, brings forward to make the request, former DMC President, Jennifer Oswalt, who now lives in Knoxville!

This is the same Oswalt that lied on the Commission public record, on December 21, while understating DMC parking garage liabilities by $12M in pursuit of the now approved $62M for unneeded downtown public parking. This is who your County Commission brings forward, from Knoxville, while obstructing public meeting participation in Commission Chambers.

But there is more. After the additional $15.5M committee approval occurred on Wednesday, the June 30, 2020 DMC financials appeared on the committee agenda for approval. These are the very financials that the Commission refused to review, prior to approving $62M for unneeded downtown parking on December 21, 2020.

Based on DMC public information requests, over 25 years, the PILOT Extension Fund, mistakenly earmarked for downtown public parking, will consist of $137M in tax proceeds and taxpayer funded loans receivable. Less current PILOT Extension Funds liabilities, in a majority Black community in need, this is what instead $137M in taxpayer funds, now reserved for unneeded downtown public parking, could have been used for over 25 years:

Besides the fact the PILOT Extension Fund appears to be nothing more than a slush fund, the above missed opportunity of better serving a majority Black community in need, is why no more money should be appropriated to the DMC. This misguided use of public funding reveals, in large part, why Memphis does not move forward, while leaving its people far behind.

County Commissioners should reject all new DMC funding requests, while allowing for the purchase of the 100 N. Main, within the currently approved and obnoxious $62M approved public parking budget, and while rejecting $3.5M for private garage development. 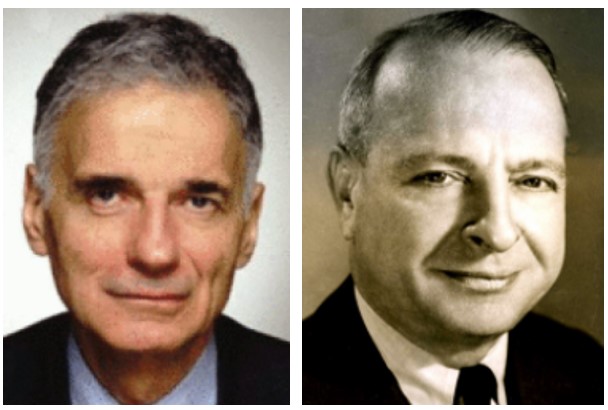 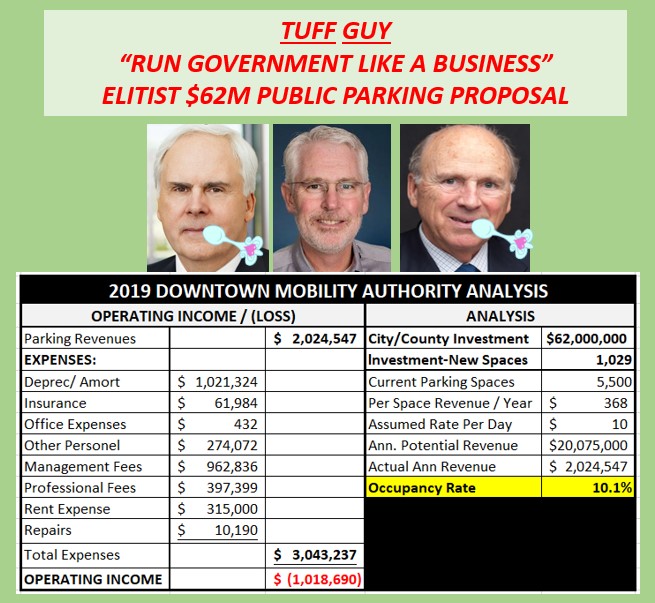 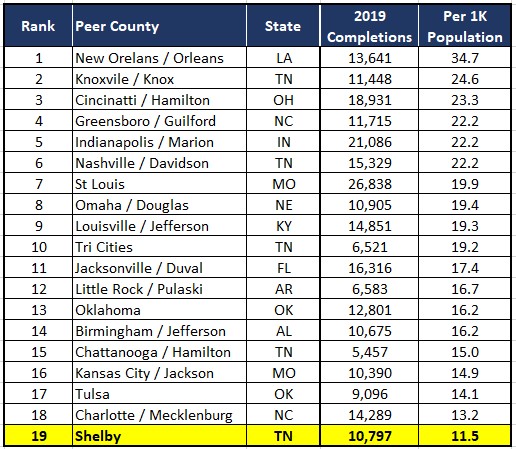 Given the commercial unavailability of the Memphis/Shelby taxpayer funded loans to Orgel, Hyde and Carlisle, this evaluation attempts to convert loan values to grant value, when benchmarking the loans against commercially available terms.