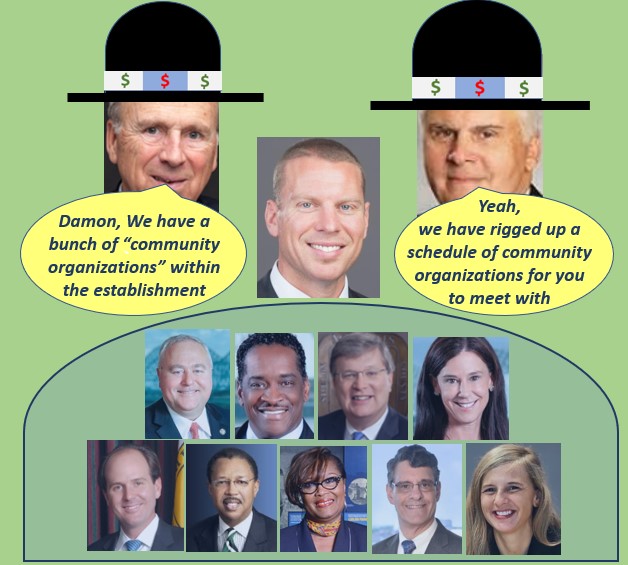 If you want to connect to the community, meet with some non-establishment parts of the community like Memphis Raise Your Expectations (MRYE). You could follow the establishment meeting schedule of “community organizations” and never connect with the community. This blog will explore community disconnects which at times involve the University of Memphis and solutions.

Per Dr. Rudd’s remarks around “infusion new ideas and innovation“, a major innovative step would be to stop listening to Fred Smith and Pitt Hyde. If you met with MRYE, with authoritative data in hand, you would learn the following with solutions to follow:

The University of Memphis should not wait to be invited to connect to the community and propose solutions. As the area’s leading public higher ed institution, they should be in legislative chambers, in a genuine sense, with the people making public comment using their research findings to address the community’s #1 economic challenge, in community imbalances. Here are some suggestions:

Memphis is a failed experiment in elitist corporate socialism as advanced by the FedEx/Memphis Tomorrow complex. Its a complex that is largely represented on the UofM Board of Trustees.

It was disgusting to see Dr. David Rudd, on Behind the Headlines, do a touchdown dance on the 12-1 Shelby County Commission veto override of Mayor Harris, as the UofM has been rendered institutionally impotent on matters of community economic development as the state funded UofM’s economic development department chases down local incentives.

For the record, I’m not against some local incentives for the UofM. But not at the expense of becoming another cog in the wheel of the hack elitist establishment that has run the city in the ground over the last 20 years.

Memphis cannot afford to be institutionally robbed of a balancing voice of it’s leading public university in community affairs. After all there is no investigative reporting or rigorous government oversight of the vast taxpayer funded corporate community leadership complex. But sadly, in the work of community economic development, Memphis has been institutionally robbed under the new FedEx/Memphis Tomorrow UofM Board of Trustees.

Dr. Fleming, we would love to meet. Just give us a time and place.