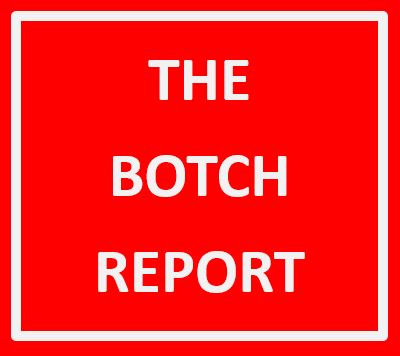 The local hack elitist “visionaries” of the Memphis Tomorrow cartel, apparently don’t know business loses when the taxpayer loses. When the taxpayer loses, business loses millions in various ways to include deficient workforce, public transit, inadequate roadways and public safety concerns. But in their defense,  many businesses that are beneficiaries of excessive incentives are just participating in the locally promoted incentive program. They don’t know, through excessive corporate/real estate incentives, that public policy has been stupidly constructed to undermine the very ecosystem that supports their success.

And at the State level, The Shelby County Delegation doesn’t seem to question anything regarding tax incentives brought before them that impacts the local taxpayer. Take for example the $21M FedEx sales tax break for hub expansion. Local taxpayers will shoulder $5M of that and there is no published economic impact plan to justify the incentive. Why not ?

And further, the Delegation seems content with the residential PILOTs where Shelby County is the only County in the State that offers any tax incentive for residential construction. What’s more alarming, even if Shelby County had a unique need for a residential tax incentive, the delegation did not bother to protect the local taxpayer with implementation guidelines that would limit the abatement amount. Hence, local taxpayers are getting hammered with excessive 75% abatements on select residential developments.

Underwriting all of this excess, is the lack of reliable economic and fiscal impact analysis resulting in excessive tax incentives. All occurring where excessive incentives are needed least in a nationally low business cost environment in Memphis. If legislators, the public and business had reliable economic and fiscal impact analysis, they would have a basis to reform incentives while also informing smarter economic and community investments. The solution is a tax incentive fiscal note impact (TIFNI) for every abatement which affords independent public measurement of the economic development complex housed within a centralized tax incentive repository.

And for the record, The Beacon Center, in their recent report, missed the total amount of state and local tax incentives slushed out to FedEx occurring without any economic impact analysis. The total amount was $66M for Downtown and hub modernization not $14M.

Below, using a fairly liberal standard of taxpayers just breaking even at the end of the abatement term, the worst EDGE job PILOTs are listed sorted first by amount and then by percentage. The initial listings are followed by a listing of right sized PILOT awards. In the current economic development environment, there are examples of responsible PILOT awards. The listings below show the PILOT awarded and a generous business friendly right size PILOT award in its place based on reliable economic and fiscal impact analysis. The problem is not the existence of PILOTs but excessive PILOTs enabled by bogus projection accounting and a lack of legislative and press oversight.

Based on the sizing of incentives in other cities, it is clear that other cities are practicing some degree of restraint and someone somewhere is doing the math related to reliable economic and fiscal impact analysis. But this work is irresponsibly not occurring in Memphis.

What’s interesting about the listing are many PILOTs that don’t make the headlines like Raymond James, FedEx, AutoZone and etc. are shown below. Huge taxpayer losses are routinely occurring without public knowledge due to a non-investigative press and lack of rigorous legislative oversight while a community in need suffers and the small few benefit. 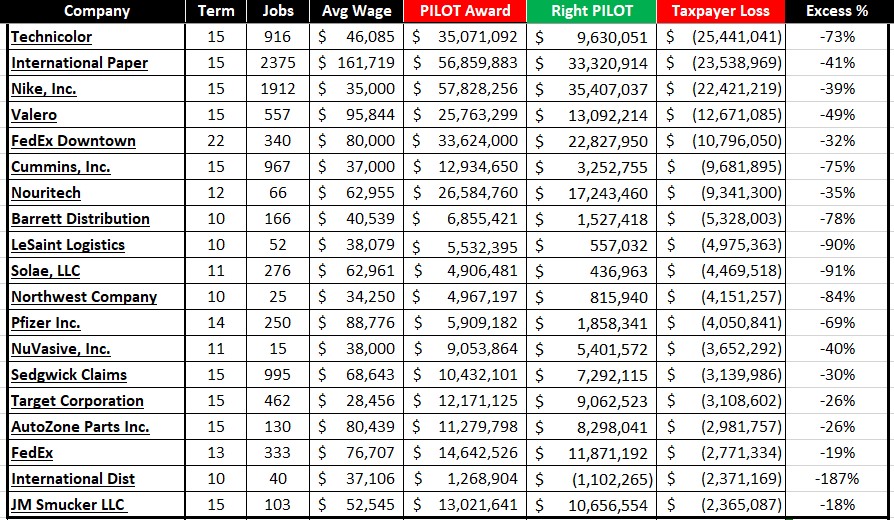 The more than 100% loss occurs within fiscal impact analysis as a result of egregiously abating existing real property taxes in addition taxes that occur from new capital investment. 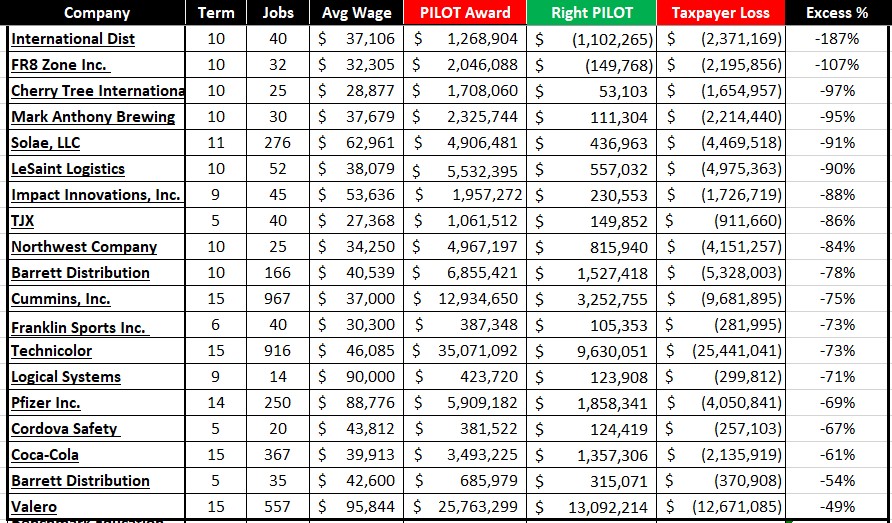 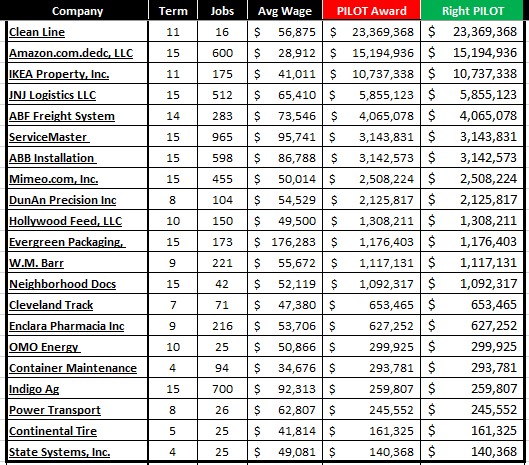