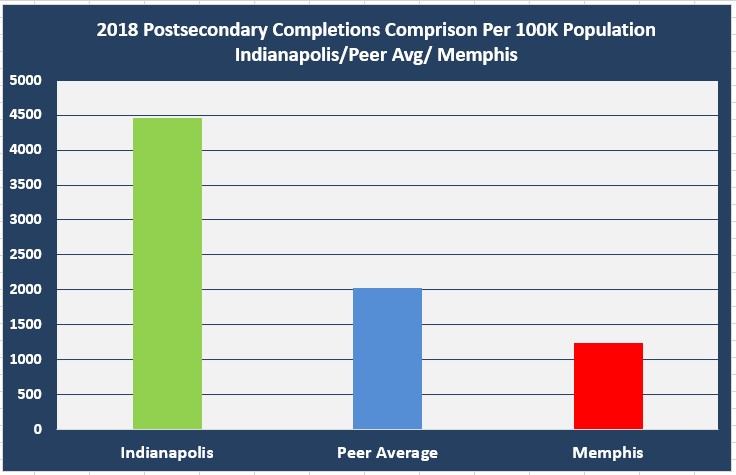 Overspending on workforce is worth proposing. After all, through excessive incentives, Memphis/Shelby taxpayers have overspent on corporate/real estate development for years while hypocritically clamoring “workforce as the #1 priority”. And Memphians know the answer to overspending on tax incentives results in below average economic growth and structural revenue problems. Besides, Memphis has a youthful population asset advantage over its peers, as cities across the country struggle with an aging workforce. So why not overspend on workforce development ?

I said to myself that “Indy is overspending on education” as I worked in Indianapolis in 2014. This was because television advertisement was non-stop for local colleges. It seemed, Ivy Tech, the local Southwest Community College, was advertising in virtually every time slot.

But while overspending on anything is not a good idea, what is the worst that can happen with spending excessively on workforce while unleashing the area’s youthful population advantage? It may seem strange but overspending on workforce may help address Shelby County’s structural revenue problem. To get an idea of this, we can examine what happened in Indianapolis. 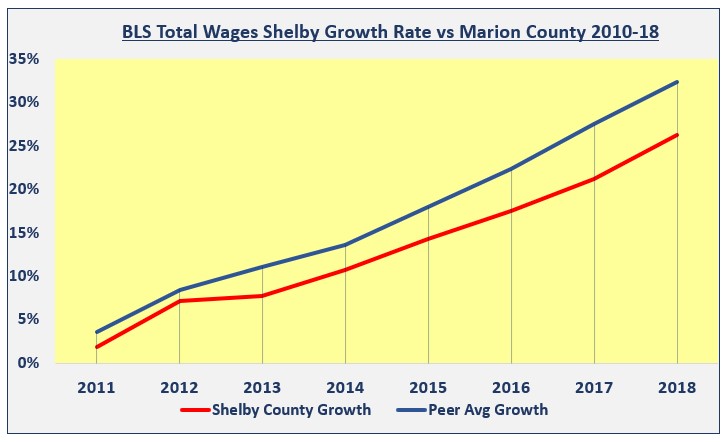 First, with about average total wage growth Indy is not a boom town. So we can get direct and unfair Nashville comparisons out of the way.

Had Memphis/Shelby’s total wages grew at the rate of Indianapolis/Marion County, local government in Memphis/Shelby would have generated $200M more between 2010-18 and currently $40M more annually. That’s what overspending on workforce could mean for Memphis/Shelby’s structural revenue problem…..