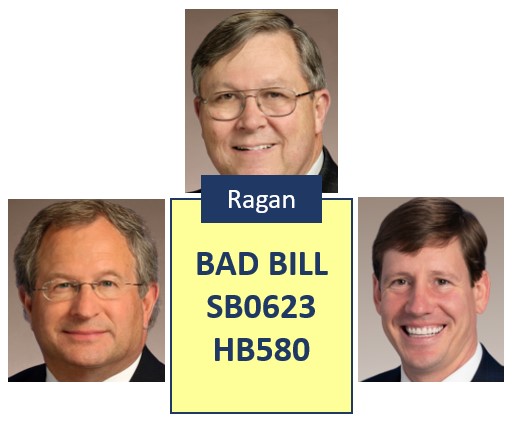 Senate Bill 623 (SB0623) should be vetoed by Governor Lee. This education bill was thoughtlessly amended at the last minute of the legislative session, with from from Memphis, Representative Mark While and Senator Brian Kelsey co-sponsoring the measure. The bill, originally a technical housekeeping bill, was amended with a heavy social studies instructional mandate, which included punitive local education agency (LEA) funding sanctions if not followed.

Like with the controversial Reading 360 initiative, advocated for by SCORE, no educator testimony was entertained regarding SB0623. But even SCORE is opposed to the thoughtless SB0623 bill.

While much of the hour long floor debate revealed a lack of understanding of state standards, the bill amendment sparked a healthy and robust debate. Strong points regarding social studies instruction were made on both sides of the debate. The presenting amendment sponsor, Representative John Ragan of Oak Ridge, was under the mistaken impression that classroom social studies instruction could not deviate from the state standards, as did other legislators.

State standards layout minimum learning outcomes for Tennessee K-12 students. Instructional time is typically prioritized around the standards to best insure student performance on standardized tests and compliance with state law. At the same time, other content beyond what is specifically addressed in the standards can be covered in classroom instruction.

One question that came up during the debate was would instruction concerning Critical Race Theory be disallowed in Tennessee classrooms? Let’s explore.

Regardless of one’s beliefs in CRT,  there is nothing that would disallow the instruction of a data supported theory in Tennessee classrooms. In fact, such a theory facilitates student research and exploration on both sides of the issue. At the same time, given CRT is not included in the Tennessee standards, CRT is likely to be covered at varying levels throughout the State of Tennessee.

Its rather sad, but it would be a shame if the K-12 classroom becomes divided like the electorate, while sourcing competing “fact” documents from the likes of CNN, Fox, OAN and Newsmax.

Given this discussion, while I believe racism exists in our society, I do not believe we live in a racist society. To that extent, professional development is needed to help educators engage facts, theories and other controversial subject matter in such a way that it helps to unite rather than divide for a better state and country.

In the meantime, SB0623 should be vetoed.