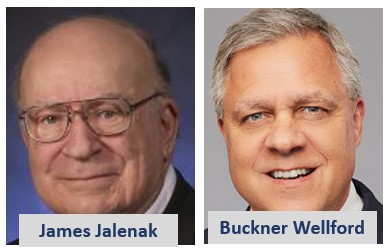 It was the first time I have witnessed deliberation on a Memphis tax abating board, but it works. At least it worked with the Memphis Health, Educational and Housing Facility Board (MHEHF).  On Wednesday, the MHEHF Board reconsidered a payment in lieu of taxes (PILOT) application for the high end Oak Edge Senior Living project.

The Economic Development Growth Engine (EDGE) decided against hearing the Oak Edge application late last year while the MHEHF Board initially approved an Oak Edge PILOT in the Spring of 2020. MHEHF later rescinded its approval based on information received after the initial Oak Edge approval.

On Wednesday, the Oak Edge application was again presented to the MHEHF Board. The motion to approve the PILOT application, failed due to the lack of a seconding motion. Board members had insufficient information to award a PILOT to serve local affordable housing needs and discussed hearing the application again upon the submission of specific rents to be charged for affordable housing units.

Deliberative questioning was led by MHEHF Board members Buckner Wellford and James Jalenak. Wellford expressed concerns about MHEHF considering high end market rate projects while deviating from its primary charge of facilitating public funding resources for affordable housing. And Jalenak pressed the applicant to disclose the projected rents for the target 20% of the tenant households that make 50% or less of the  Memphis area’s median income ($37,200).

MHEHF PILOT projects must satisfy a 20% affordable housing requirement for tenant households at 50% or less of the Memphis area’s median income. Given this requirement, an analysis can be done based on the Oak Edge application.

The below analysis extracts from the application a rent range for various tenant housing products in the proposed Oak Edge development. The products are supplemented with senior living community support services which are included in the rent. The supplemental services represent approximately 30% of the monthly rent value based on applicant testimony.

To that extent and based on the application, a household with monthly disposable income of $1,240 per month, could not afford apartment rent of $1,355 per month. The $1,240 monthly income figure is derived from 50% of $37,200 annual income less 20% for taxes to arrive at $1,240 in monthly disposable income. The $1,355 in monthly apartment rent comes as a result of subsidizing market rents by 50%. See below table analysis:

While the above deliberative inquiry was productive in seeking additional information to protect taxpayer interests, the proceedings of the MHEHF raised several questions when compared to other Shelby County abating boards. 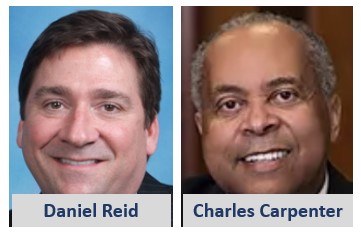 Daniel Reid Chairs the MHEHF Board and Charles Carpenter is the Board’s attorney. MHEHF is 1 of 9 abating boards in Shelby County and is specifically charged with serving Memphis’ affordable housing needs. Several procedural questions arose from this Wednesday’s meeting and events surrounding the meeting. Addressing these questions may help better inform taxpayer participation in future MHEHF proceedings. These are the questions:

What is the maximum allowable tenant rent for affordable housing at 50% and 60% of Memphis median income.

Percentage tax abatement amounts are not disclosed in MHEHF requirements. And based on a review of the Shelby County Trustee report, historic abatement amounts of Health Education Boards average 85%. Is there a program abatement percentage standard?

Resolutions to be considered by MHEHF, which include PILOT project abatement percentages, abatement dollar amounts over the PILOT term and term lengths, are not published for public consumption, prior to the meeting, to help inform the public. Could publication of such resolutions, with the above detail, be provided to better inform the public on MHEHF proceedings ?

Is there a portal that displays all of MHEHF approvals and active contracts with abatement percentages, projected abatement amounts, term lengths and project descriptions ?

Why does the  MHEHF Board have so much cash and investments per their financial report ?

The answers to the above could help better inform the taxpayer.

While Board deliberation helps, Memphis and Shelby County has a nightmarish 9 abating boards and an excessive $50M of approximately $120M per year in excessive incentives when benchmarked against other communities. The former excesses are a product of the elitist Memphis Tomorrow public-private complex that results in a structural revenue problem for local government.

A consolidated portal, managed by Shelby County Government, is needed to efficiently distribute and manage information for 9 abating boards. In this way and while using research, tax incentives can be appropriately sized, measured and better understood for community benefit…