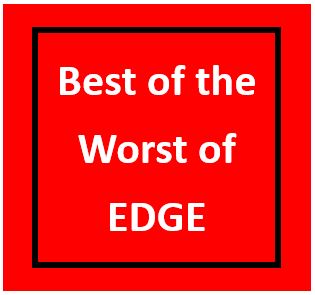 The evaluation and improvement of tax incentives should start with a newly appointed Economic Development Growth Engine (EDGE) Board and the termination of retention and residential payment-in-lieu of taxes (PILOT) programs. Retention PILOTs abate taxes against existing tax revenue and Shelby County is the only County in the State that abates taxes for multi-family residential construction.

Questioned often, the goal of this website is to educate Memphis and Shelby Countians through financial literacy. Unknown to most, the community has been invested in decline though policy for some time. This comes as a result of low expectations, lack of implementation, lack of investigative press, an unchecked out of control EDGE Board and until recently, poor legislative oversight.

Decline seems to have been going on for so long that the highly educated pubic cannot see the deficiency as carried out by Memphis Corporate Community Leadership (MCCL). New, recently announced Memphis Public Libraries financial literacy efforts should consider the resources offered by MCCL Measured as a core element in taxpayer financial literacy education.

Recently, it was reported in the Memphis Business Journal that 1 of the 11 recommendations of the Memphis City Industrial Development Board Committee that EDGE tax incentives should be “evaluated and improved”. But for who?

In this evaluation and improvement exercise, hopefully the taxpayer is viewed as the customer when using public funds. But based on the results, it cannot be assumed that MCCL views the customer as the taxpayer. After all, through testimony, its public information that local taxpayer funded economic development efforts have, over time, lacked a plan, effective measurement or even a definition for economic development. This occurs while excessive incentives sacrifice the work that attracts and supports economic growth in the development of small business, a reliable workforce, public transit and available sites.

Best of the Worst of EDGE

Take in the above and know that there are 9 other tax abating boards in Memphis / Shelby County that are not getting the EDGE microscope. Whoa !

Conclusion – Who and What ?

Memphis Raise Your Expectations (MRYE) and MCCL Measured have been advocating for the adoption of a definition of economic development by local legislative bodies in “economic development is a process to improve the social well being of people”. This would be measured using external data sources in the Bureau of Labor and Statistics program of Quarterly Census of Employment Wages that would measure total percentage wage growth versus 15 Shelby County peers as identified by The Memphis Economy of the University of Memphis.

Challenges to the former is that the people, in MRYE, are not listened to in a Crump like rigged up system. Gotta stop listening to the same rotating band of people all of the time. Please see previously written blog on this subject.

As far as a connected approach to workforce development, MCCL Measured has been advocating for and supportive of Strickland Administration announced programming that has seemingly remained unimplemented and effectively not adopted by the Greater Memphis Chamber through a lack of promotion. The consistent lack of local implementation on behalf of taxpayers and employers is just strange and part of the decline by design local community leadership culture.

If the taxpayer is viewed as the customer, implementation should take center stage with retention and residential PILOTs terminated and the appointment of largely a new EDGE Board. This will mark an improvement in economic development policy and a move away from community disinvestment and toward community investment.

MCCL Measured is the first ever and exclusive tool to attempt to measure the effectiveness of Memphis Corporate Community Leadership efforts that use taxpayer money. Additional videos and resources can be found by browsing the entire site or at http://mcclmeasured.net/resources .