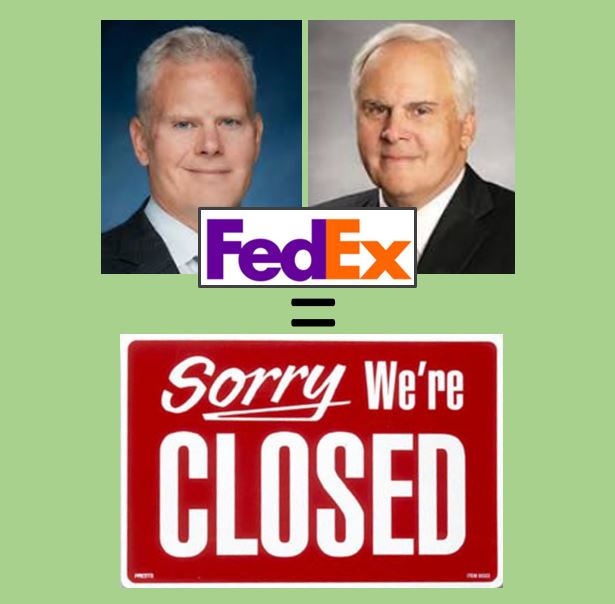 Fred Smith is an ecosystem hack and bully. The results are all over the place. Smith grew up during the rigged Crump era and is seemingly ignorant of anything else for Memphis. And what’s sad, this rigged condition perpetuates and is adopted throughout the Memphis culture. If it worked, it would show up in the data. But a rigged system won’t work in a global economy making Memphis closed for business.

Smith’s advocates claim that Smith is focused on Washington and China and he doesn’t have time to be concerned with what is going on in Memphis. But I don’t believe it. And why would that be true, when the FedEx corporate headquarters is based in Memphis ? Memphis has wholly adopted Smith’s mantra which is nothing more than the lies of archaic “trickle-down” thinking consisting of excessive corporate incentives for the small few.

Tough Guys – So Where’s the Proof ? 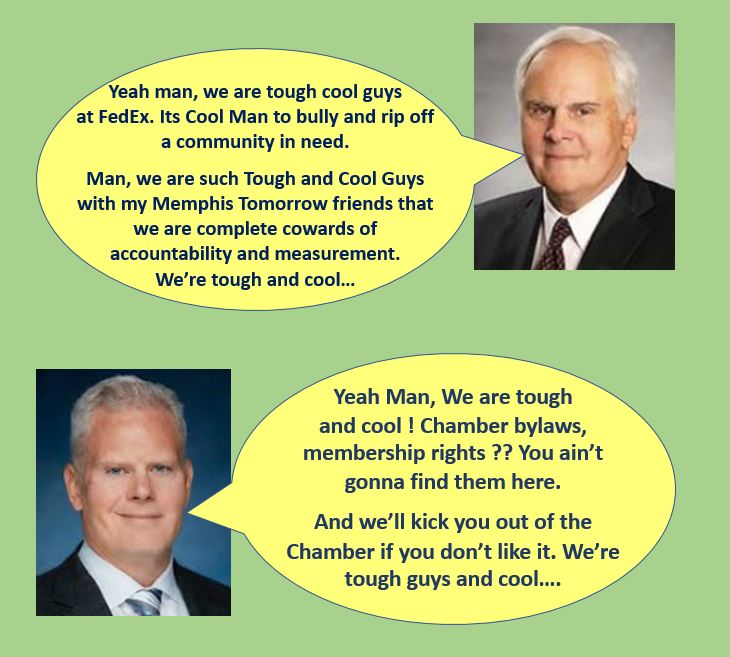 So without proof, terms like “bully”, “hack”, “closed for business” and “ignorant” are just name calling and empty rhetoric right? Well, let’s look at Smith’s and FedEx’s handy work to see if we can prove the rhetoric as fact:

While working with Memphis Tomorrow, Smith and FedEx completely botched the workforce development system while stifling small business costing taxpayers $30M per year and $150M since 2010 on the back of a stupid Canadian contract award

FedEx, as a $60B company, bludgeoned the Memphis/Shelby taxpayer and a community in need into a $31M tax break which can be shown to be $20M in excess for the new FedEx Downtown project while Memphis/Shelby serves as one of the lowest business cost operations centers in the country

In 2012, FedEx told Memphians that they were going to relocate a division out of Memphis if they were not awarded $14.6M tax abatement with no new jobs projected under the project while Memphis/Shelby serves as one of the lowest business cost operations centers in the country

FedEx along with Memphis Tomorrow companies took over the University of Memphis Board of Trustees neutering them into a state of institutional impotence on matters of investigative journalism and community economic development. Pitiful…..

Under Richard Smith’s leadership, the Chamber has yet to publish an economic development plan or articulate a measurable definition for economic development in almost 2 years, while  the former has not existed for the last 8 years as corporate/real estate incentives roar and small business vitality plummets on the back of a community in need.

Stagnation under Fred Smith and FedEx

Additionally, another data source has been created to show cities that host only 1 of the top 50 public corporate revenue generators and their associated population growth rate. It is for sure that these public companies, with their dominant wealth in the community, have significant local clout in their communities. But somehow, companies find ways to allow their communities to grow while not botching the workforce development system, stifling small business growth and bullying the taxpayer. That’s because they are not hosting FedEx.

Its apparent, based on the data, that Fred Smith’s and FedEx’s bully approach has bludgeoned the Memphis community into a state of stagnancy. See below host cities, where the average population growth rate is 7.1% compared to Shelby County’s of .91%. Its also clear that the lower cost South showed the highest growth rates except for Memphis/Shelby based on this data listing. 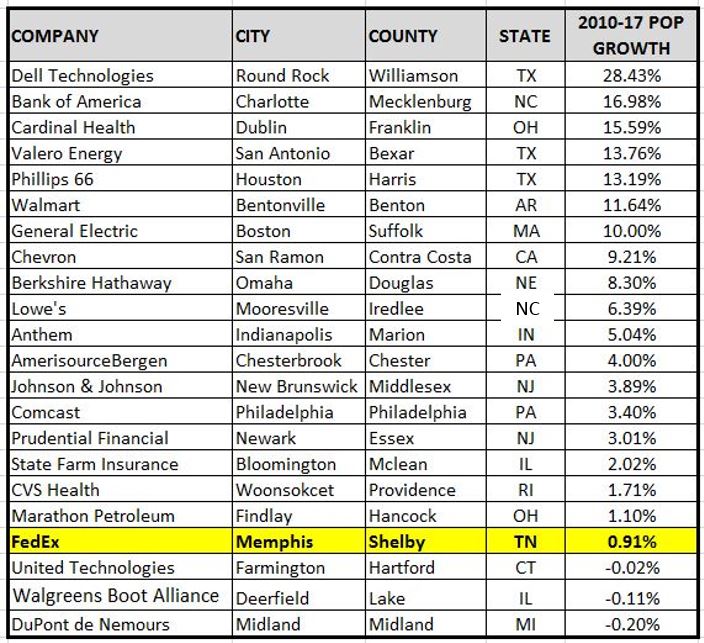 When I returned to Memphis, I never thought that I would be confronting Fred Smith and Pitt Hyde. Never ! But having worked in other communities across the country and seeing here in Memphis the complete bully recklessness of an unchecked and unmeasured corporate community leadership complex, I had no choice but the speak up as witness.I have witnessed a Memphis community in need being consistently violated under the label of “economic development” by a bully and hack like Fred Smith and his Memphis Tomorrow friends.

From the top of the ecosystem, Memphis/Shelby taxpayers are dealing with, in my view, a punk mentality that feeds on a community in need. Under a rigged Fred Smith ecosystem, thoughtful dissent and creativity are shut out, people are forced into poverty, small business is stifled and people are run out town while excessive corporate/real estate incentives roar. Its all Fred Smith knows. And its not in the interest of the business community while making Memphis less attractive for business investment resulting in deficient total wage growth.

The currency in Memphis is hack worship within a closed  and rigged decline by design framework that won’t work in a global economy. Buying in, requires belief in a rigged system and decline that will never work. All of this occurs while costing taxpayers, since 2010, $500M and promising a better tomorrow for all. Fred Smith is an embarrassment to the term “corporate community leadership” while just ignorantly perpetuating all that he knows. So sad…..