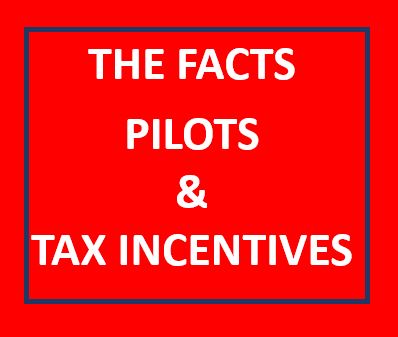 This blog was encouraged by Mayor Strickland’s weekly letter, Memphis Business Journal editorial and Behind the Headlines on Friday March 1, 2019. These entities did address some facts related to payment-in-lieu of taxes (PILOTs) and tax incentive awards, but they did not address ALL the facts to inform a balanced conversation about tax incentives.

Incentive discussions occur with the backdrop of the Electrolux loss, which on balance, can be chalked up as a a single event occurrence and bad front end deal. The much more important discussion should involve incentive reform that confronts, arguably, an out of control incentive system consisting of 9 abating boards which in many cases don’t represent the taxpayer in the work of economic development. Its often said that incentives are Memphis/Shelby’s only economic tool and incentives create jobs. Incentives are not the community’s only economic development tool and incentives alone do not create jobs.

Unfortunately, complete facts pertaining to incentives awards are not discussed on the record by local legislators because they only invite presenters from the pro tax abatement establishment (EDGE, DMC, Chamber and etc) to present in legislative hearings, leaving taxpayers without a recognized voice. These facts in this blog have been entered into the public record in legislative hearings through public comment but are dismissed by legislators without any legislative inquiry. Therefore, a robust and complete on the record discussion and debate on tax incentives never takes place, as legislators, as a matter of process, fail to engage all the facts pertaining to incentives while not engaging the content of public comment with legislative inquiry.

The local press further covers these tax abating organizations while not addressing all the facts related to incentives. All the facts are important in making economic development policy decisions. As this blog has continually stated, there is not a groundswell movement for ending ALL incentives.

FACT: Regardless what anyone may tell you, payment-in-lieu of taxes (PILOTs) have the same value as cash payments

FACT: There are good PILOTs that result in net community investments, like JNJ, Indigo Ag, Agilent Technologies and Mimeo

FACT: There are bad excessive PILOTs that result in net community disinvestment while eroding the societal foundation on which commerce thrives resulting in lost economic development opportunity which is bad for the business community. Examples include:  Valero, Nike and Mark Anthony

FACT: EDGE uses the same accounting methodology for expansion and retention PILOTs which is problematic.

FACT: The accounting methodology used by EDGE for retention PILOTs is incomplete.

FACT: Based on reviews of two entities in Beacon Center of Tennessee and MCCL Measured, using their respective complete accounting methodologies, it is estimated that EDGE revenue overstatements range from $759M to $917M for retention PILOTs.

FACT: When EDGE overstatements are adopted using the complete accounting methodologies above, estimated taxpayer losses range from $95M to $253M and not a $664M gain as claimed by EDGE for retention PILOTs

FACT: Baseless and ungrounded assumptions are used in tax abatement applications such as the 7,000 job creation claim found in the Poplar Corridor TIF (page 3)

FACT: Shelby County is the only county in the State of Tennessee that awards residential PILOTs

FACT: In the implementation of the Broad and Thrive residential PILOTs, developers were afforded $19M more in abatements than they would have received in any other county in Tennessee and developers walked away with nearly twice as much as the Memphis/Shelby net taxpayer benefit

FACT: Incentive awards for the same project are now being awarded by multiple abating boards in EDGE and DMC. This will likely make incentive award evaluation more complicated for the general public

FACT: The Economic Institute published a study that in effect concluded that only direct revenue from lower wage warehousing projects should be considered for tax revenue projections and multipliers should not be used in projecting tax revenue. Multipliers increase projected tax revenue that results from PILOTs for economic activity beyond direct employment of the project. If only direct employment were considered for the Amazon PILOT projected revenue would drop from $37M to $19M

FACT: The Shelby County Commission has yet to schedule a review of all abating boards as stated in their resolution past in December 2018. See resolution (pdf page 5).

If you need references for any of the above facts, please email jkent@pathtrek.net

End unneeded TIFs like the Poplar Corridor TIF in affluent unblighted areas. Use TIFs for only truly blight areas which does not include blight as defined by census tracts.

Continue responsible incentives for new industry recruitment and large local expansions. (The Mark Anthony expansion PILOT is an example of a stupid PILOT award that was nothing more than a real estate deal presented as “economic development” that lost taxpayers $500K as EDGE pocketed $50K in fees)

A benefit / cost ratio in excess of 1.0 should be established to more accurately recognize the value of needed and competing public investments to inform PILOT awards