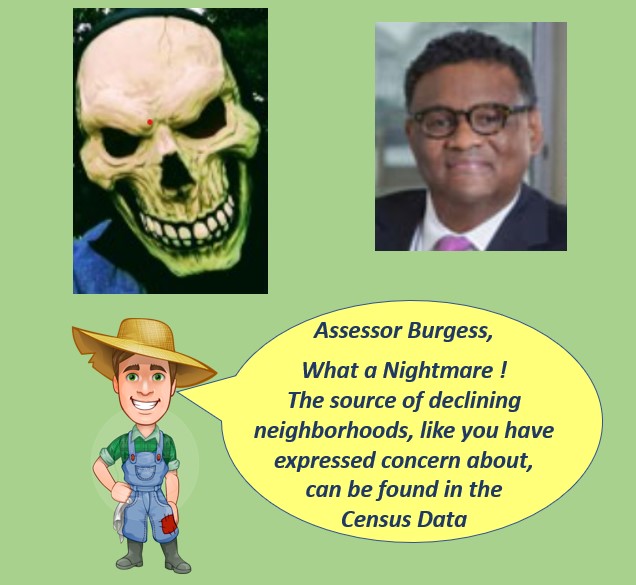 The elitists don’t want anybody to make any money in Shelby County. In a nightmare scenario, the elitists just dismiss the resident population and taxpayer in a Memphis community in need. Anecdotally, that was shown, when the local realtors got beat out of their commission on the FedEx Downtown deal. And I personally experienced it, when Fred Smith and Pitt Hyde ripped off my small business in their quest to botch the workforce development system.

This is a one hell of a note, with 512 parcels under payment-in-lieu of taxes (PILOT) contract, according to the State of TN Comptroller. 512 PILOT contracts is 200% more than the other municipal counties in Tennessee in Davidson, Knox and Hamilton counties, who all together, have 140 PILOT contracts.

PILOTs are an economic development tax abatement tool that promised higher wages and quality of life to Shelby Countians. But instead, excessive PILOTs have turned out to be a wealth transfer vehicle for the elitists, occurring on the back of a majority Black community in need, while insufficient income conditions persist in Shelby County.

Insufficient Memphis and Shelby County incomes help explain declining neighborhoods as found in Orange Mound.  The Memphis elitists really know how to do it. Excessive PILOTs, along with insufficient incomes, insures the undermining of the tax base and neighborhood decline. Let’s look at the data.

First, pre COVID,  the highest wages and 80% of the filled jobs in the Memphis MSA are in Shelby County. And 80 to 90K commute daily to work in Shelby County from within the MSA. So, the higher median household incomes (MHI) are being supported by businesses located in Shelby County. The above data are the MHI averages from 2010-19.

Below are the populations supporting MHIs in Memphis, Shelby County and MSA counties outside of Memphis. 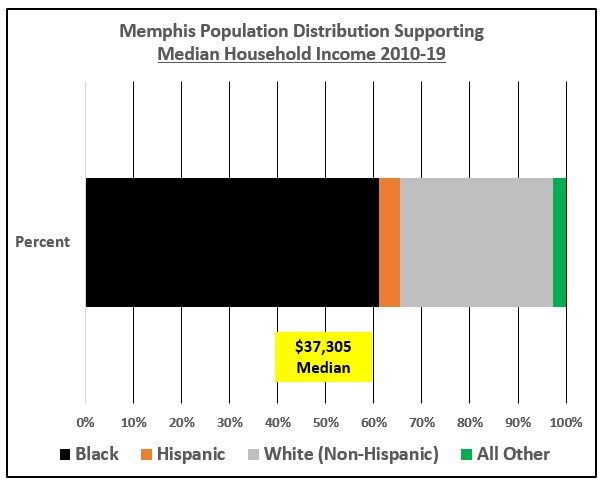 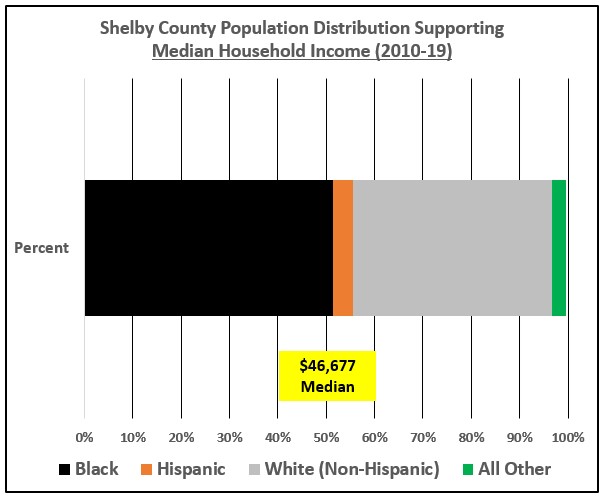 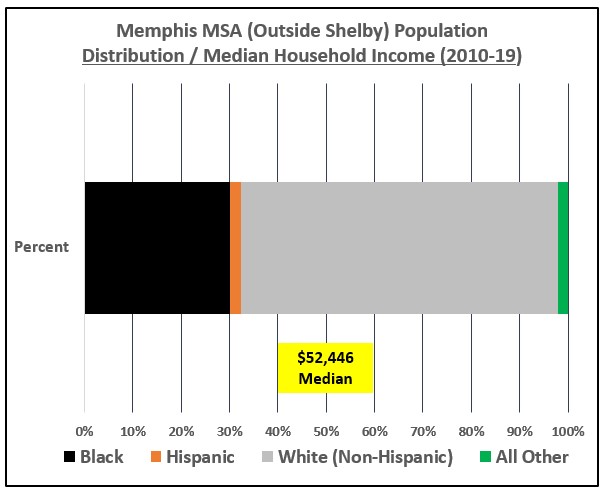 What can you say? Its an elitist led design for decline with excessive tax incentives and insufficient incomes for Shelby Countians.