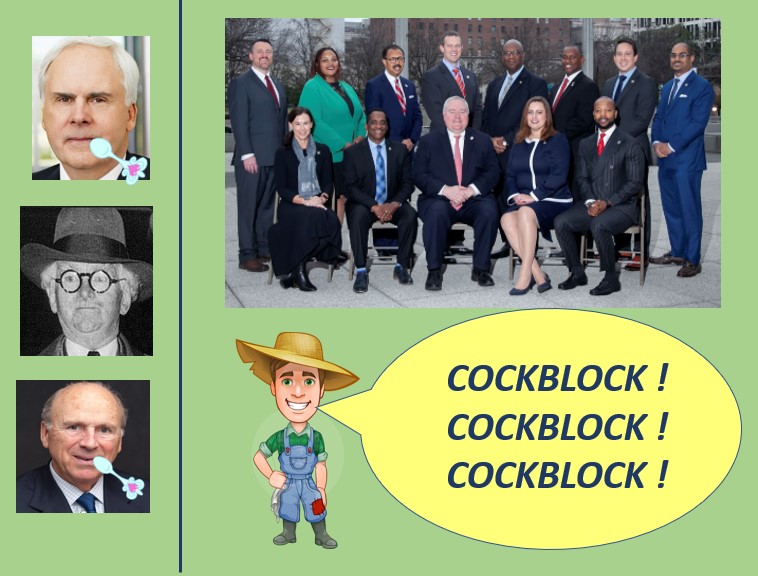 Operating in the image of Boss Crump and elitist spooners Blackjack and Pitiful, the Shelby County Commission COCKBLOCKED the public out of attending and participating in Commission proceedings today. Through public comment in Commission proceedings,  I am currently trying to verify the corporate contribution, if any, of corporate parking fees for the corporate use of public parking garages, outside of public funds as contained in the DMC PILOT Extension Fund. There is some good news at the end of this blog, involving Trustee Regina Newman and Chief Mathilde Crosby.

At any rate, in fairness and in my attempt to have the DMC prepared for my public questioning, on Friday night, I sent DMC’s Jennifer Oswalt my questions on the PILOT Extension Fund which involved a Monday Commission $62M consideration. Some of the questions were addressed in my recent blog.

So, thinking Wright’s Facebook post may have been mistaken, given the lack of press publication and a published agenda that had accommodated public attendance for some time, I emailed Shelby County Commission Chief Administrator Quran Folsom for clarification on Sunday night. Folsom did not respond to my email. 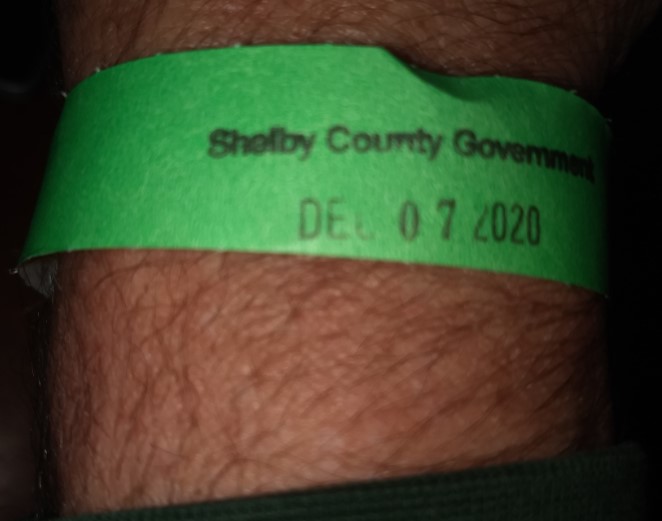 I entered the Shelby County Building and went through COVID protocol, where I received the above clearance bracelet. Then I went through security and headed to Chambers. Both health and security personnel, admitted me as a public participant as they always have and did not say anything about the public not being allowed.

So I left the building, where I ran into Katherine Burgess of the Commercial Appeal who inquired about my experience. Burgess, seemed somewhat baffled and was later allowed in County Commission, as a member of the press. We both exchanged notes and pleasantries, then went on about our business.

Following that, upon returning home, I logged into the Commission meeting. The Commission had just finished introducing the new Budget Director and around 3:47pm, Commission Chairman Eddie Jones announced the public comment  procedure, which had an already past submission deadline of 3pm. The public comment procedures had 3 options, web, email and phone submission with the phone number of 901-222-1234 that I called at 2:57pm. So I called it again and the voice mail box was still full.

The COVID Commission public comment procedure is a disservice and does not accommodate verbally reading public comments into the record or allowing the public to voice their concern from a remote location, at the time a measure is being considered. This procedure provides no assurance that the pubic is heard  and especially at the most critical time, when the measure is being considered. No doubt, its a Commission Cockblock, of the type, of an archaic and rigged elitist system, of Crump days gone by.

After all, from experience, I know about the elitist Memphis cockblocks all to well. And they are cockblocks for all !

Trustee Regina Newman and Chief Financial Officer Mathilde Crosby exerted leadership testimony to get the Commission to refer the $62M PILOT extension fund (PEF) back to committee. It should never have been on the agenda without a PEF program description, audited DMC financials, business plan and supporting documentation.

As the rigged local press covers social justice symbolism, we are going to have some time to dig into this to find out about the runaway corporate elitism and taxpayer injustice, that has been systemically occurring, on the back of a majority Black community in need.

I already have proven, in Commission Chambers, a $5M EDGE overstatement of net property tax impact of the UofM supported Poplar Plaza PILOT. And then there is the needed testimony of MB Ventures, Innova and Epicenter with respect to state provided startup funding.

The elitists are idiots and that fact should be the resulting lesson for the public at large. Knowing this, is a path forward, while moving out of the Elitist Crump era stone age of the past…..