During the Fall of 2014, I began working on a workforce development initiative in Memphis.  I have a BBA with a Major in Finance from the University of Memphis, a Masters of Science Degree in Curriculum, Instruction and Technology and am a certified Global Career Development Facilitator (GCDF). The target workforce initiative was the Greater Memphis Alliance for a Competitive Workforce (GMACW). 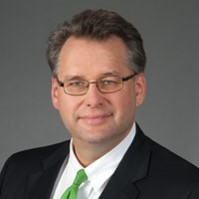 Having worked in communities across the country which all have dysfunction and less than efficient operations, I began to notice a peculiar amplified lack of a sense of urgency in Memphis with Memphis Corporate Community Leadership (MCCL) in general. As a native Memphian, given the Memphis decline in comparison to their municipal peers without an external event, this corporate community leadership behavior piqued my interest. So I began to conduct research while also pursing professional business interests in the area of workforce development.

Given the above, I saw a need to raise concerns related to MCCL for the public benefit of Memphis since the progress of the Memphis ecosystem is largely related to the success of publicly funded MCCL initiatives. That is what this site is about. The site attempts to quantify the progress of select MCCL initiatives in terms of Memphis/Shelby County tax dollars; a language that everyone can understand while also providing solutions.