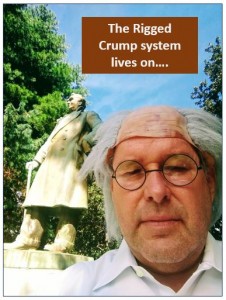 With a majority black population, social justice in Memphis starts with taxpayer justice. But taxpayer justice is not the norm with a Memphis Tomorrow CEO corporate community leadership complex that leverages federal, state and local taxpayer money while their initiatives deliver declining results for the taxpaying community. It was recently said in the Memphis Business Journal:

“We’ve got an enormous number of enormously rich people that have convinced themselves that they’re rich because they’re smart and constructive. And they don’t like government, and they don’t like to pay taxes.” And then said, “Everybody talks about monetary policy but the lesson of all this is we need better, stronger supervisory powers.”

This is not some activist from Memphis Raise Your Expectations (MRYE) talking or some “liberal”. It’s 91 year-old Paul Volcker. Paul Volcker was conservative Republican Ronald Reagan’s Federal Reserve Chairman. And he is saying the same thing that MRYE is saying in calling for more legislative oversight and balanced economic development policy while indirectly talking about the likes of Memphis Tomorrow.

Volcker’s remarks regarding supervisory powers goes to fundamental checks and balances of the type that Memphis lacks. In a stunning move, after the Memphis City Council sought to reverse the will of the people through referenda for instant run-off voting (IRV) and term limits, it voted to fund a public education campaign on the referenda. Couple the former, with the historical lack of oversight of Memphis Tomorrow taxpayer funded initiatives, to the tune of a $124M recurring Memphis/Shelby taxpayer loss and systemic taxpayer injustice occurs for a community in need.

The Beverly Robertson Chamber CEO announcement, promoted as transformational and symbolic, is sure to put the local Memphis establishment at ease. Robertson was selected based on her deep connections to the community and corporate, non-profit and small business experience. But will the selection be merely symbolic or transformational while contributing to taxpayer justice?

It must be stated, that the NCRM from which Robertson came, has not been locally publicly active in such critical taxpayer justice matters as public transit or reversing excessive EDGE corporate/real estate incentives that undermine public service funding for taxpayers, small business and a community in need. The type of corporate incentives that undermine the tax base and result in taxpayer injustice are the type that Robertson’s advocate in Willie Gregory and his own Nike enjoy.

For what it’s worth, the former is not social or taxpayer justice. And Nike is only one of several beneficiaries of retention PILOTs that come at an estimated Memphis / Shelby County taxpayer loss of $250M while being reported as a $600M gain by the Economic Development Growth Engine (EDGE) Board . The former $850M discrepancy and taxpayer injustice results from the EDGE Board’s use of  incomplete accounting over a 7 year period that treats existing tax revenue as new revenue. This practice illustrates Volcker’s concerns.

Strangely and given the results, MRYE and MCCL Measured are the only groups in Memphis calling for a new EDGE Board. The editorial and social justice paralysis on this issue is startling and an indication of a rigged Memphis system that taps down expected thoughtful dissent at the expense of the community good. Transformational change in favor of taxpayer justice is in order…..

In a City known for its symbolic overtures, here is the good news. While representing the local business community, Robertson clearly has the breadth of experience to connect and lead transformational efforts. To do this, Robertson will be required to reject the arrogance of the rich “smart and constructive” to which Volcker refers. In Memphis, Volcker would be referring to Memphis Tomorrow.

Such rejection will likely result in Robertson eliminating silos while leveraging her vast experience to connect community and recruiting initiatives for the benefit of local business and the taxpayer. In this way, when taxpayer funds are involved, Robertson would know that the taxpayer is the customer; something Memphis Tomorrow has never known. And Robertson, will hopefully welcome needed oversight, which Volcker referenced as a need, to drive balanced economic development efforts .

Memphis Tomorrow can best help the City by returning $1.5 billion back to the taxpayer in a lump sum by the end of 2018 and shutting their doors.

Change is in order and Beverly Robertson has the experience, connections and team in place to blaze the transformational  trail. A trail that hopefully leads to social and taxpayer justice through balanced economic development efforts that improve the social well being of the Memphis people.