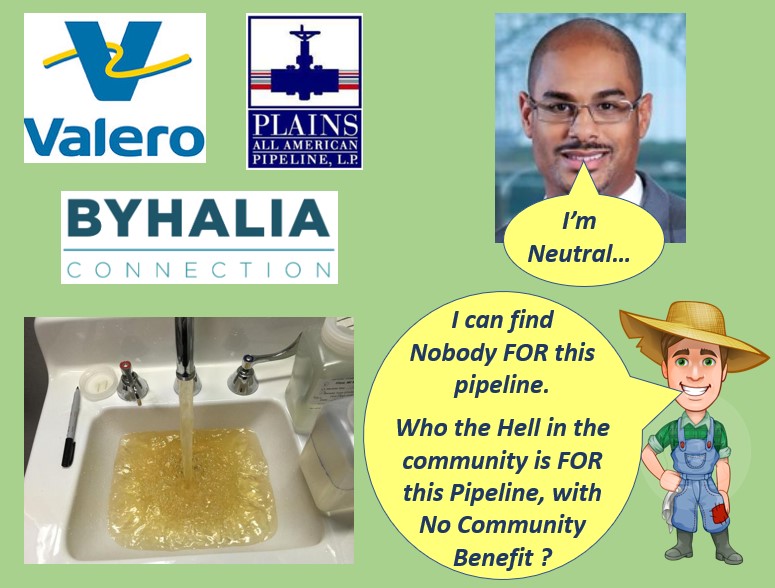 Who the hell in the community is FOR this pipeline ? If one thinks about it, no one really. Even Commissioner Edmund Ford, Jr., who has been cited as the closest public proponent of the pipeline, is not for it, but publicly neutral. That’s because, considering the risks, there is no community benefit to running an oil pipeline through the City of Memphis.

Valero, Plains All American and Byhalia Connection are really the only ones for the pipeline. Valero and Plains All American, headquartered in Texas, are set to net nearly $100M per year in estimated profits from the local 49 mile pipeline  project, scheduled to transport $7.7B in oil product per year, from Oklahoma to the Gulf Coast.

Meanwhile, Byhalia Connection touts $3M in regional taxes during construction and $500K in Memphis/Shelby recurring annual taxes as benefits. Oh and lets not forget the $1M in mostly hush money doled out to local groups with the unfortunate inclusion of the Center of Applied Earth Science and Engineering Research (CAESER) at the University of Memphis for $250K. C’mon, this is community benefit?

CAESER is an unfortunate inclusion, because they could provide a powerful community voice by exercising public university thought leadership on the matter. CAESER is publicly tasked with researching risks to the sand aquifer that supplies local drinking water. But sadly, in exchange for a “gift” of $250K out of the $1M, from pipeline advocates, CAESER cannot take a public position on the pipeline.

While there are really no true community advocates, opposition has been mobilized by Memphis Community Against the Pipeline (MCAP), led by Justin J. Pearson. MCAP, while representing those that would be most impacted by a potential pipeline in the Southwest Memphis Black community, has mounted a strong community business case for opposing the pipeline, based largely on environmental injustice and community risks to precious drinking water.

Analysis – Why FOR a Pipeline ? 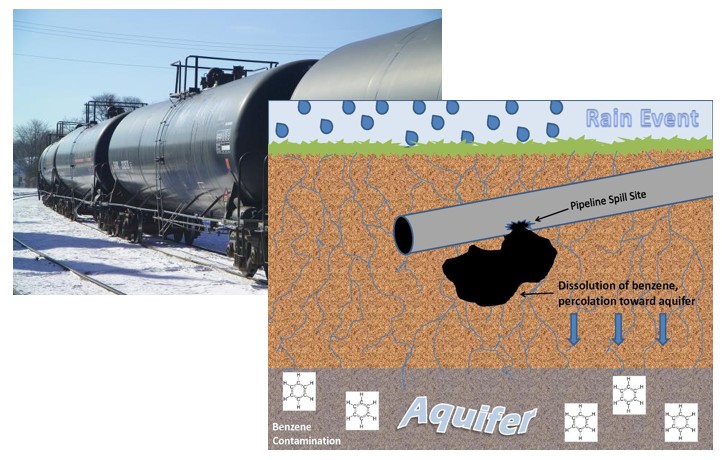 First Valero is already into the Memphis/Shelby taxpayer for a $25M EDGE retention PILOT that they should have never been awarded in 2012. They were never going anywhere else other than where Valero Memphis sits today. Now, Valero wants to put local drinking water, which also serves as a commercial resource at risk, for increased profits and no community benefit.

The reason a pipeline is desirable for Valero is increased profits through the reduction of oil transport costs. Collectively, while scheduled to transport $7.7B per year in oil product, Valero and Plains All American are set to pocket an estimated $100M in increased profits. So how is $100M in profits derived ?

Below are the givens and the assumptions:

Given: US Energy Information Association The price to transport oil from point A to B by rail is $10-15 compared to $5 per barrel for pipeline.

Given: Byhalia Connection – Based on $3M in personal property taxes per year, along the entire route, the cost of the pipeline is estimated to be $200M. Depreciation at $10M per year over 20 year life.

Assumption: The cost of shipping by rail is assumed to be the higher $15, due to disrupting pipeline flow to load and unload tanker cars in transporting oil from Valero to the Capline pipeline in Marshall County MS.

Therefore the following analysis can be conducted:

The total annual estimated profit of Valero and Plains All American for the Byhalia Connection pipeline project is $102,675,500. Or, over 20 years would be $2.05 Billion.

Nobody in the Memphis community is FOR the pipeline. And this is why. While putting high quality drinking and commercial water resource at risk, $500K in annual property taxes is NO community benefit. Even Edmund Ford, Jr. knows that !