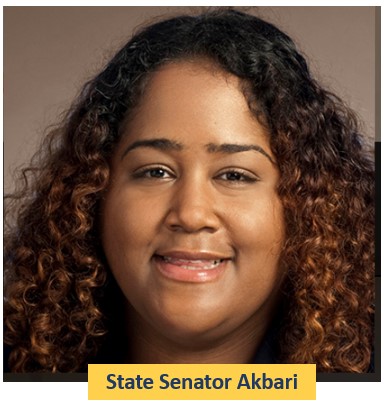 When having a discussion about a complex issue, it does not help to confuse the issue. In a meaningful discussion started by Commissioner Tami Sawyer, the question of local tax incentives has to do with the abatement of LOCAL taxes, economic development measurement and compliance. Specific local incentive policy, while related, is a separate and distinct consideration from specific state incentive programming.

At the same time, $50M of some $120M in local tax incentives, per year, can be shown to be in excess, when benchmarked against other communities. That is $50M per year, that is not going to serve a Memphis/Shelby majority Black community in need.

When talking big numbers, people can’t seem to envision what $50M means for a community in need. So let’s just spread it across the political spectrum. How about $20M for public transit, $10M for public safety, $10M for vocational education and $10M for everything else ?

The above version of taxpayer justice has escaped Memphians, occurring with the aid of elitist marketing, under the label of “social justice” programming, like MWBE and affordable housing, that help justify excessive corporate/real estate incentives for the small few. Such programming, has effectively been tactically weaponized against a majority Black community in need, while furthering widespread taxpayer injustice.

With regard to confusing the needed local discussion over incentives, in a recent Commercial Appeal article, State Senator Raumesh Akbari said in an unhelpful and status quo statement:

“It is a prisoners’ dilemma,” Akbari said. “We have to have them [incentives] in the frame that we’re in right now, because Mississippi has a state income tax, and can provide cash assistance upfront, which makes it very difficult for Memphis or Tennessee to compete.”

No one that is serious about PILOT reform is advancing an argument to end all PILOTs. NO ONE ! Akbari Commercial Appeal statement appears to toe the line, with common tactics used by EDGE and other local abating boards, in framing up the discussion in an all or none PILOTs discussion and then further confusing the issue with state incentive programming.

As far as “cash upfront” as a distinguishing feature of Mississippi economic development programming, I am not sure what that really means. After all, FedEx is getting a $3M cash award for moving across town. And EDGE with $22M in unused cash on their balance sheet, can now award cash for high paying jobs while bringing down abatement costs. And we just saw, with due diligence obstructed, $16M in upfront cash assets approved for unneeded Downtown public parking, for the Downtown Memphis Commission, in an overall $62M approval.

Secondly, many feel  the income tax issue is really a wash from an economic development perspective. If not, that is a state level economic development matter not local. While data in the press is hard to come by, it appears that LOCAL Northern Mississippi government offers 66% tax abatement on new capital investment for a common standard 10 year term. Local and State Mississippi incentives need to be part of a formal research process, while hopefully pursuing a future regional interstate economic development effort.

Overall, the Tennessee General Assembly’s  Shelby County Delegation has been little help on the matter of excessive corporate welfare in Memphis. In fact, the delegation has largely enabled the excesses in the following ways.

Confusing the state and local economic development incentive programming, while NOT using their own publications, in the State Comptroller PILOT report to educate the Memphis public on excess corporate welfare while legislatively engaging the issue.

Having clarity on the questions of local and state authority, is critical to productive PILOT reform discussions.

Local legislative bodies should in no way, wait for movement from state officials in reforming local incentives. Besides, the income tax issue is a wash in most quarters, unless you are EDGE of course. At the same time, here are some legislative recommendations in support of meaningful PILOT discussions and hopefully reform:

Don’t listen to the civic idiots and Elitist FedEx/Memphis Tomorrow complex on matters of public economic development. This complex sadly includes the public University of Memphis.

As advanced by County Commissioner Michael Whaley, local legislative bodies should gather their own independent independent data, as informed by official governmental data sources and benchmarked against other cities, to validate the existence of fiscally liberal and non free market corporate welfare subsidies that contribute massively to a systemic public revenue problem.  Here is an example –  http://mcclmeasured.net/data

As repeatedly recommended by the Shelby County Trustee and perhaps in partnership with the State of Tennessee Comptroller, local legislative bodies should fund a consolidated tax incentive database for industrial development board compliance monitoring and economic development measurement.

The above actions will inform a productive public discussion and hopefully meaningful action on tax incentive reform. And local reform considerations should not hinge, in any way,  state considerations as the income tax discussion is a really a wash in most quarters.