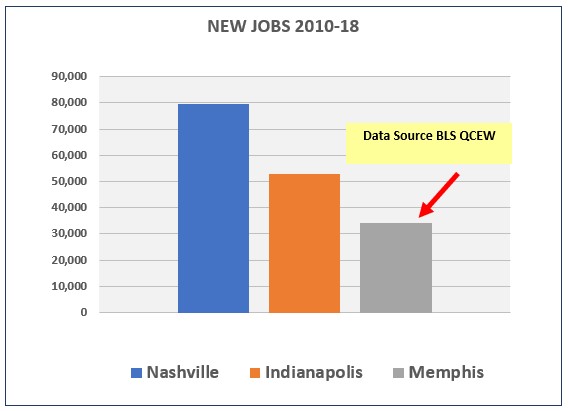 With slower employment growth, one would expect lower overall incentives vs cities with more growth. Not the case. Memphis has 50% more in job incentives at $500M+ than both Nashville and Indianapolis combined at $335M. 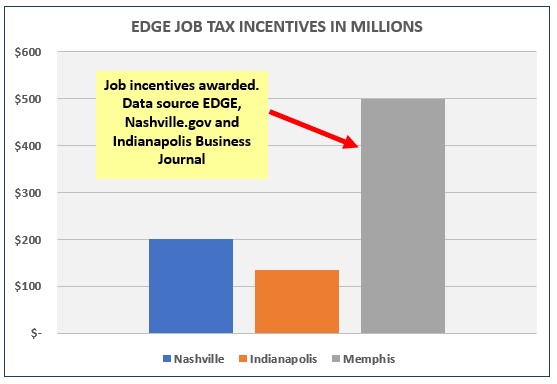 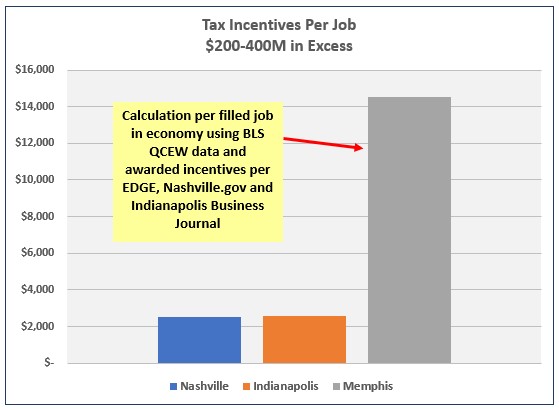 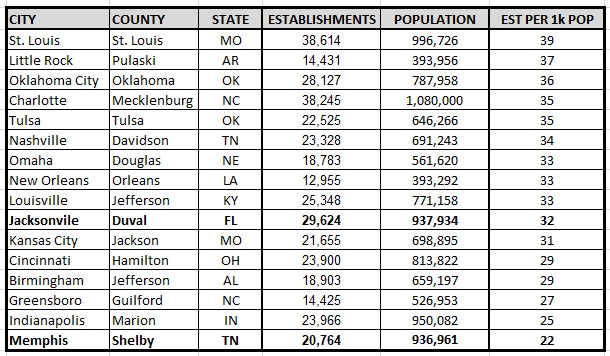 This is a different analysis with gross domestic product since the founding of Memphis Tomorrow in 2001 with peer rankings below. The Memphis Tomorrow CEO organization’s  initiatives are often funded with Federal, State and Local tax dollars for community economic development. The comparison with New Orleans is because they had an external event in hurricane Katrina in 2005. Still Memphis, without an external event, the GDP growth rate trails that of New Orleans that had an external event and is at the bottom of peer rankings.

Based on a percentage analysis, $13.5B in deficient GDP growth has occurred in Memphis resulting in an estimated $5B in total wage loss and $150M in deficient tax revenues since 2001 when compared to New Orleans.

Data source is Bureau of Economic Analysis See below chart and table. 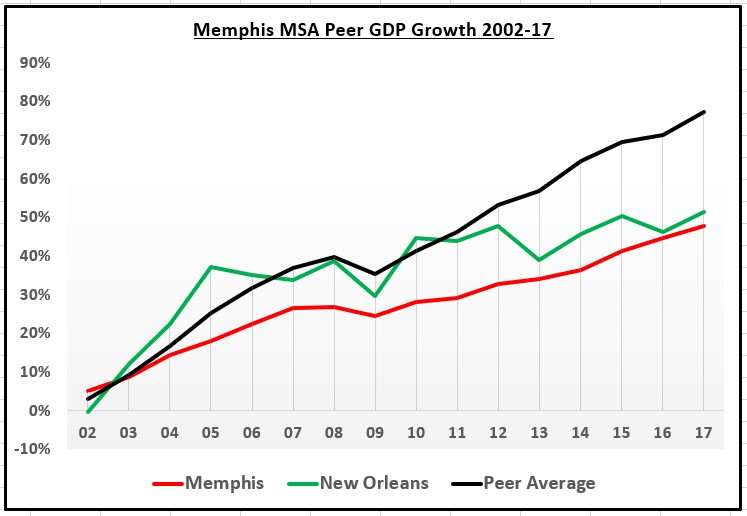 This chart shows the relationship of Memphis MSA GDP growth to its peer average and Nashville. EDGE, a Memphis Tomorrow Fast Forward initiative, was created in 2011. Based on a percentage analysis, when compared to the peer average, $131B in in deficient GDP has occurred, resulting in $49B in lost wages and $1.5B in lost tax revenue since 2001.

Further, $16B in deficient GDP has accumulated since 2001 vs the peer average resulting in annually recurring total wage deficiencies of $6B and $180M in recurring annual tax revenue shortfalls from deficient below average GDP growth since 2001. $180M would fund transit and overall city/county services to an adequate level. 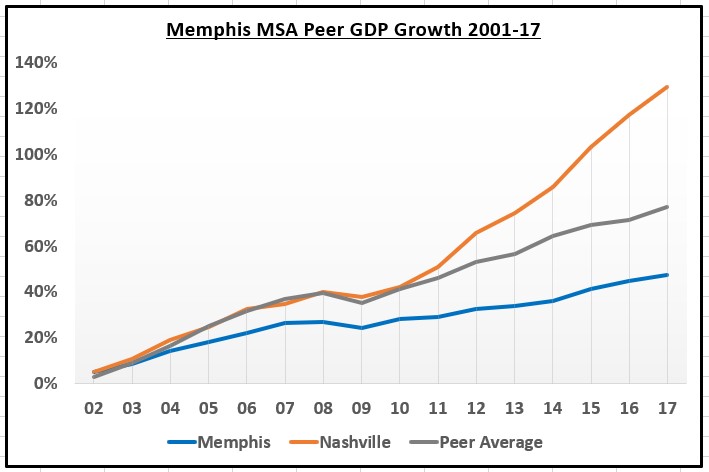 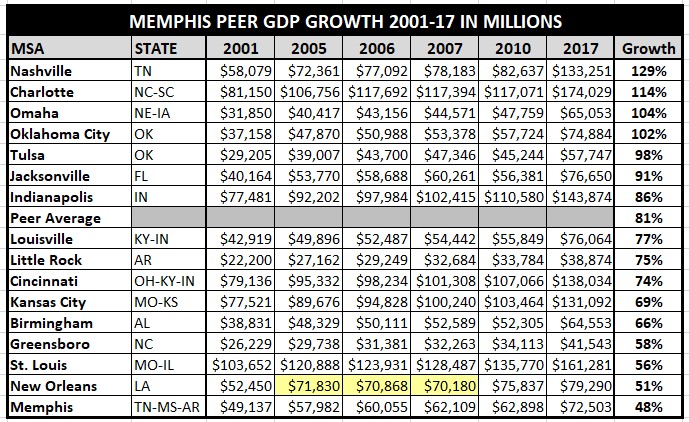